Title: Hidden by Rebecca Zanetti
Series: Deep Ops, Book 1
Narrated By:
Release Date: September 25, 2018
Format: Kindle edition (advance reading copy)
Genre: Suspense, Thriller, Romantic Suspense
BLURB: Hide. That’s all Pippa can do to escape the terror chasing her. But now that she’s off the grid in a safe house, she finds plenty of interesting things to watch through the window. Like her new neighbor, with his startling green eyes, killer smile, and sexy bad-boy tattoo . . .

Run. Malcolm West is fleeing the hell he unleashed in his last assignment as an undercover cop. A backwoods bungalow sounds like the perfect place to start over. Until he discovers he’s been set up . . .

Fight. Someone’s gone to a lot of trouble to bring them together. No matter how much he resents that, and his own driving needs, Malcolm will have to dig deep and let loose the banished killer inside himself, or Pippa’s fears could come true faster than the flip of a bolt in a lock . . . 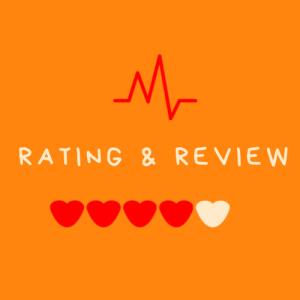 A very good start to a new series. The first half gave me goosebumps as it was very suspenseful almost like the beginning of a scary movie. The second half of the novel was definitely more of a romantic suspense story. I definitely on board for this new series.

Pippa Smith was on the run and appeared to have severe anxiety issues while Detective Malcolm West was drowning in alcohol as a coping mechanism for his PTSD. When Malcolm was asked to take a new undercover assignment investigating a terrorist threat involves the cult Pippa used to belong to, Malcolm is forced to cozy up to the reclusive woman. But Pippa is suspicious of everyone especially law enforcement so Malcolm has his work cut out for him.
It became really clear that Pippa and Malcolm were yearning for a connection to someone or something. They both wanted to be free of their past and also sleep well at night. They both have been looking over the shoulder for so long that peace is a luxury they dare not wish for. How can he get her to share her past when he won’t come clean about his own secrets?

I enjoyed Malcolm and Pippa getting to a place where they had someone to trust and finding love. It was really fast for people with trust issues but I’ll chalk it up to them being starved for human contact. I enjoyed this story as it had just enough romance to keep me going but I was really curious about that serial killer.

This series is a departure from what Rebecca Zanetti’s normal narratives but it definitely had her signature style especially with the sex scenes. I think her last four books have all featured a spanking scene but I am not sure Pippa and Malcolm had achieved that level of comfort after just a week of knowing each other. Especially for a woman who is in counseling and possible on medication for her panic attacks. I would have liked more development and discussion about Pippa’s anxiety and Malcolm’s PTSD. However, the author laid down a foundation for an off the books Homeland Security Department task force ~ The Requisition Force. I think it’s going to be really good as each member gets their own story. Each task member has a compelling backstory and I am really looking forward to hearing it, especially the dog Roscoe. 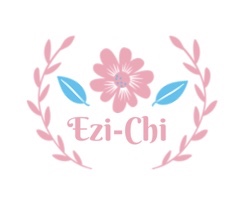 *I voluntarily read this advanced reading copy gotten from Netgalley. All opinions are my own honest opinions.