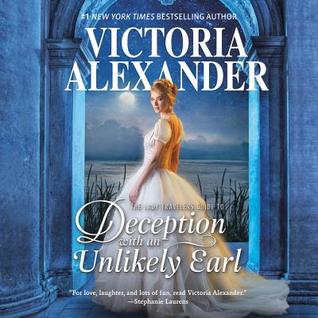 Harry Armstrong has spent years in Egypt, recovering relics and disregarding rules. Now he’s back in England with a new title and a new purpose: penning his exploits. But his efforts are overshadowed by London’s favorite writer about Egypt—a woman they call The Queen of the Desert, of all things. Worse, her stories—serialized in newspapers and reprinted in books—are complete rubbish.

Miss Sidney Honeywell didn’t set out to deceive anyone. It’s not her fault readers assumed her Tales of a Lady Adventurer in Egypt were real! Admitting her inadvertent deception now would destroy her reputation and her livelihood. But when the Earl of Brenton challenges her to travel to Egypt to prove her expertise, accompanied by his dashing, arrogant nephew, what choice does she have but to pack her bags?

With the matchmaking founders of the Lady Travelers Society in tow, Harry is determined to expose Sidney’s secret. But the truth might not be as great a revelation as discovering that love can strike even the most stubborn of hearts

This audiobook was a grand adventure and I thoroughly enjoyed the ride. It was like following a female Indiana Jones except the lady was an author not an archeologist. The plot was similar to the prior books in this series. It was more of a historical romantic suspense story because the romance was secondary to the main characters drive to find some historical artifacts.

Miss Sidney Honeywall has been writing under the pseudonym Mrs. Gordon, garnering a huge fan following about her adventures in Egypt. Not everyone was enamored with the “Tales of a Lady Adventure” particularly the Earl of Brenton who believed the author to be a fraud. The Earl doesn’t believe Mrs. Gordon to be a real expert of Egyptian artifacts and culture. In order to expose the author, the Earl lays down a challenge daring Mrs. Gordon to travel with his nephew Harry Armstrong, To establish the legitimacy of of her numerous articles and her claims of travel, Sidney agrees to allow Harry to join her on her next adventure to Egypt.

This one was well written and had likable characters. Sidney and her ladies of her traveling club, Persephone “Poppy”, Ophelia “Aunt Effie” and Guinevere “Guin” were a riot. They seemed like they were ditzy and a tad clueless but their actions were purposeful and intended. They had each others backs and were a source of emotional and mental support for Sidney.

Harry was a clearly intelligent and came with the intention of giving “Mrs. Gordon” just enough rope to hang herself. Harry intended to expose Sidney as a fraud once he gathered enough evidence. What he wasn’t expecting to encounter was a beautiful and intelligent woman who kept him on his toes. I liked their banter and interaction because they were clearly equals. Their mutual admiration and respect laid a great foundation for the love that came later.
This author did a great job of not letting the romance overpower the plot and the twist at the end was amusing even though I suspected it. I liked this one a lot.